All cracks, irregularities formed between the wall and the floor, usually mask the skirting board, which is often not only a simple, but also a complex slat with applied ornaments or patterns on it.

A classic skirting board is made of wood and is triangular in shape, with one side machined with a shaper. The size of such material varies, but often it is customary to use a skirting board with a not very wide profile part, 2-4 centimetres, and a height of 4-6 centimetres.

But such a baseboard has its own drawbacks, for example, there is no cavity for various cables. Modern manufacturers offer an alternative – prefabricated skirting. Its base has a thickness of 2.2 centimeters and screwed directly to the wall, then the top is a special shaped rail, at the end of this stage is formed by a specific groove for the cable located on the back side. There is a special molding to cover the heads of screws.

Many wooden skirting boards are quite small thickness and old method of installation. More widespread today is the method of mounting the baseboard, which is based on its gluing to the wall with a special glue.

The competitors of the wooden baseboard is a plastic baseboard, which is made from polyvinyl chloride foam, but the area of its application is not very extensive. PVC skirting boards are mostly used to frame carpet, laminate or linoleum flooring.

Plastic skirting board slightly resembles a usual wooden skirting board in shape and size. Its back side is necessarily equipped with a special recess for the wire. “Europlint” which is used for standard linoleum flooring or carpeting has grooves that close the unevenness of such coatings.

Today, plastic skirting boards – a fairly common finishing material. For more convenient use and installation of the skirting, modern manufacturers offer additional accessories, which include fastening plates, external and internal end corners and other installation elements. The result is a material that doesn’t need any special treatment or sanding. After the installation of the decorative element, the room becomes a fully completed image. 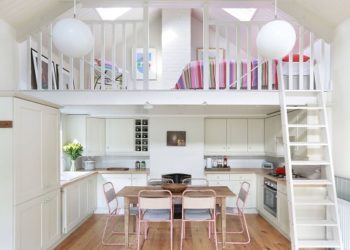 The mezzanine - an integral part of any apartment. It is intended for storage of various things. Types of mezzanines...

Facing rooms and log houses with decorative panels are used mainly for interior decoration. Decorative wall panels are available in...

Fireproof doors available to everyone

Fire doors can not prevent fires. The main purpose of fire doors is to localize the place of fire, i.e....

The advantages of vinyl siding and its components

In addition to improving the appearance of the house and creating a durable shell that does not require maintenance, vinyl...

The main types of ventilated facades